An academy is luring a wealth of new talent to the financial services industry.

If you’re going to have a mid-life crisis, it’s probably best to get it out of the way as early as possible. While working as a marketing and advertising executive, Sarah Siddons found herself in a rut while barely in her mid-30s. Acting on her frustration, she says, has resulted in her switching to a career she loves.

“I’d hit a glass ceiling and had the realisation I was working in businesses where I had a very different idea of how they should be run. I wanted to work for myself, but the dilemma was, what as?”

The answer came in the form of an industry that was experiencing something of a crisis of its own: financial advice and wealth management.

It has been a tumultuous period for advisers, thanks in part to a big regulatory overhaul, which has resulted in tougher compliance standards, as well as an ageing workforce. One of the most pressing concerns for firms is the shortage of young blood among advisers. St James’s Place, the wealth management group, has responded by setting up an academy that invites talented people, such as Ms Siddons, to change careers.

Adrian Batchelor, director of the academy, says: “We take people that often have no experience of financial services and turn them into wealth managers.” When St James’s Place was set up in 1992, there were an estimated 250,000 people authorised to give financial advice. Today, the City regulator says there are closer to 26,000. “That’s a dramatic decrease and the average age of an adviser is in the late 50s, so we have a decreasing and ageing population.”

The wealth manager’s two-year academy programme has an intake of about 150 people a year and has retrained everyone from former accountants to former sportspeople, including Tom Broadway, the Great Britain rower, and James Grindal, a former professional rugby union player.

The thing that unites them is a desire to run their own show. “Flexibility, freedom and control are the words that come up again and again when we ask people why they join.” Graduates of the academy run their own practices under the St James’s Place banner, giving them access to its compliance and regulatory support. In return, the wealth manager benefits from having more trained advisers. For those joining its academy, a small amount of financial support is available from St James’s Place.

Ms Siddons graduated in 2008. “I’d lost the passion for working for other companies, which is what you do in marketing. I wanted to work with individuals and this job is perfect for that. It was tough going back to the books after all those years, and there are lots of exams, but I knew I had the acumen to do it.” She says the period after graduating was tough. “It was a stressful time. I had a young child, financially things were tight for a period. It won’t work for everyone because not everyone can build a business from scratch.”

One in ten applicants for the programme make it into the academy, while 80 per cent of those go on to graduate. Dropouts tend to be related to the realities of running a business rather than difficulties passing exams, Mr Batchelor says. “A lot of people have the desire to build a business, but the reality is it can be pretty hard going.”

It allows people to be masters of their own destiny, however. “We have people who are very driven and want to build substantial businesses, but equally we have those who want to balance their lifestyle a bit more.”

Now 43, Ms Siddons runs her practice in Ilkley, West Yorkshire, and has 100 clients. She says: “The most enjoyable part of the job for me is meeting people and putting those pieces of the jigsaw puzzle together to give them a clear picture of where they are heading.”

It has also given her the flexibility she craved. “It allows me to work my business around my life, whereas before my life had to fit around work. I’ve never had a day’s regret. I feel like I’ve found what I’m supposed to be doing.”

Industry is getting serious
Despite regulatory changes designed to remove opaque charges and raise professional standards, there are still complaints that financial advice businesses can leave customers in the dark (James Hurley writes). Last year, the Sunday Times reported that only 11 of Britain’s top 100 financial advisers published their charges online.

However, Adrian Batchelor, of St James’s Place believes that today’s financial advice industry is much improved. “I’ve been in the business a long time and it’s a much more professional industry now. To get into the business and stay in it, you’ve got to be much more serious than 25 years ago.”

The Retail Distribution Review has had a “huge effect”, he says. “One [change] was a big reduction in numbers, which in part might have been a good thing.”

Improved standards are being reflected by those joining the industry. “It’s now attracting more young people because it’s a profession that can run alongside law or accountancy.”

However, the Financial Conduct Authority has admitted that the review has resulted in banks leaving the market, making it harder for those who are less well-off to afford financial advice.

My name is Jim and I’m a single dad of two wonderful kids.

Though it might sound weird, but there is nothing tough about being a single father, if you know how to cope with this. Bookmark my blog to get learn more about how I and other single fathers keep our families happy and healthy.

Treating Bed Bugs When You Have Kids At Home https://daddydrama.com/treating-bed-bugs-when-you-have-kids-at-home/

5 Insurance Policies You Need To Protect Your Family https://daddydrama.com/5-insurance-policies-you-need-to-protect-your-family/

Protect Your Family By Knowing When To Hire A Lawyer https://daddydrama.com/protect-your-family-by-knowing-when-to-hire-a-lawyer/ 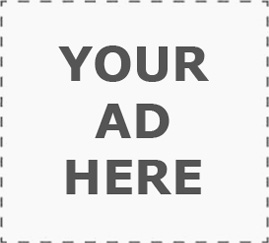